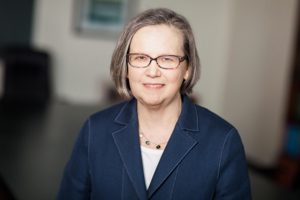 Anne Adams Rabbino represents owners and users of real estate in a wide variety of matters, including purchases and sales, leasing, financing, and regulatory matters. She also has extensive experience in financings and real estate matters for museums and other non-profit organizations.

Bryant Rabbino is counsel to The Trust for Cultural Resources of The City of New York, a conduit issuer of tax-exempt debt for the benefit of museums, performing arts facilities and other cultural institutions. Anne works closely with The City of New York to make tax-exempt interest rates available to eligible institutions. Bryant Rabbino is counsel to the issuer in these transactions for borrowers that include The Museum of Modern Art, Carnegie Hall and Lincoln Center for the Performing Arts, Inc. Anne is also responsible for all environmental reviews as well as compliance with applicable state laws and regulations.

Anne has represented tenants and landlords in a wide variety of leasing transactions, including office, retail and industrial space leases, subleases and ground leases as well as licenses for television broadcasting. She has drafted, negotiated and advised clients with respect to key elements of lease transactions, including base and additional rent issues, rent adjustments and tenant concessions, renewal and expansion option, tenant improvement issues, assignment and subletting rights, termination rights, signage, and telecommunications and other building services.
Anne has represented lenders in complex real estate and mortgage lending transactions for amounts ranging up to $500 million. She recently represented an agency of The City of New York in connection with mortgage loans secured by fifteen multi-family buildings. She has also represented lenders in loan restructurings and bankruptcy proceedings, including one of the most complex real estate restructurings of the 1990’s, when she represented the largest secured lender in the U.S. bankruptcy of Olympia & York. Her client was also a substantial unsecured creditor in the Canadian insolvency proceedings, and she was active in resolving governance issues during the bankruptcy proceedings.