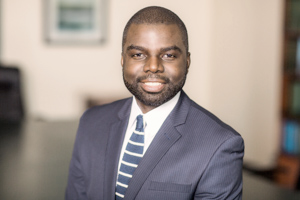 Bernard B. Armoo is an associate at Bryant Rabbino LLP. Bernard practices with the Capital Markets and Finance and Mergers and Acquisitions
practice groups of the firm.

Bernard earned his LL.M Degree at Wake Forest University School of Law in 2013 and gained his LLB (Hons.) Bachelor of Laws from Leeds Metropolitan University Law School in Leeds, United Kingdom, in 2012. Bernard is a Member of the New York City Bar Association. Bernard is admitted to the New York State Bar.